Genetic testing never seems to be far from the headlines these days, with a flurry of providers flooding the consumer market with relatively cheap at-home DNA testing options, claiming to predict your propensity for breast cancer or likelihood for early onset Alzheimer’s.

But the market has also been dogged by issues about data privacy and inaccurate analysis leading to unwarranted patient anxiety and even unnecessary ‘preventative’ surgery, so what part, if any, should genetic testing play in a corporate wellbeing programme?

Research shows that as many as 1 in 6 healthy individuals in the U.S. have medically actionable health disorders but may not know it.

The decision to get tested can often be highly emotionally charged and ultimately always very personal. But the bottom line is that, in many cases, the earlier you know about a risk, the more concrete steps there are to address it, including lifestyle changes, more regular screening for earlier detection and medication or surgery to lower the risk.

Most tests are quick, painless and simple, using either a saliva or a blood sample with results ready in about 10 to 21 days.  Medical insurance may cover genetic testing, but only if there is a need, linked to a current medical issue in the way ovarian cancer can be linked to breast cancer, for example. Family history would not be a justification as far as medical insurance is concerned, but may provide sufficient justification for the NHS. A GP will need to work out if an employee has a strong enough family history for a referral to a genetics clinic.

In the not too distant future, they may become a standard part of employee healthcare, similar to checking cholesterol levels.

As the debates continues over its potential role within corporate healthcare, here are five things you should know about genetic testing:

An employee might understandably be concerned about the future impact of a positive result on future life and health cover. There is currently an agreement, however, set up by the Association of British Insurers and the Government, which bans insurers from asking people for the results of predictive genetic tests for cancer.

The ban is currently open-ended, however, it cannot be 100% ruled out that in the future, if this changes, your employee may find it harder to get health and life insurance after having a genetic test.

2. Meaningful testing is limited to cancer and rare diseases…

The current focus is on cancers and rare diseases where genetic testing can produce the most benefit.

According to Cancer Research UK, testing for gene faults is currently only available for breast cancer, ovarian cancer, bowel cancer, womb cancer and prostate cancer. Other rarer gene faults that can be tested include kidney cancer, melanoma skin cancer and thyroid cancer.

Genetic Disorders UK, however, claim that there are thousands of other possible genetic tests under development, with the possibility of many early-onset diseases like diabetes or Parkinson’s being screenable in future.

3. But it’s not just about critical illnesses…

Companies can already use DNA testing to deliver more accurate and personalised health coaching to employees and genetics can provides companies with an alternative care pathway to help all staff.

Offering employees individualised analysis of how their DNA might affect them has also been shown to lead to increased participation and engagement in wellbeing schemes, as well as positive behavioural change.

BUPA, for example, recently added a genetics testing kit to its health assessments, using a saliva swab test to provide employees with personal insights covering diet, fitness and mental wellbeing – as well as predictions on how their body might react to triggers like caffeine, alcohol, stress or lack of sleep.

The potential of technology to enable low-cost, but highly accurate testing has been harnessed particularly effectively in eyecare. Moorfields Eye Hospital, for example, has collaborated with Google Deep Mind technology to offer remote retina scans with a consultant-level eye assessment and instant results in a lunch hour.

According to Nathan Berkley, CEO of epigenetics science company Muhdo, you may be born with your individual genetic make-up but how you live can cause genes to be turned off or on, affecting health and fitness and influencing disease and illness prevention.

Epigenetic tracking monitors the effect that diet, exercise and environment has on an employee’s genetic health.  Propensity to heightened inflammation, for example, can be tracked and managed, both in terms of exercise duration and frequency and diet.  Blood pressure regulation genes can likewise be tracked which can give greater motivation to make diet and lifestyle changes.

4. Career planning could be next…

In May, Personnel Today reported on the fascinating, if embryonic, world of DNA testing for talent development at work.  Emerging companies like BrainCompass claim that, by combining big data DNA analysis techniques with psychometric or personality tests, they can predict hidden work talents, our ability to handle rejection, or our suitability for leadership roles.

It is claimed they can reveal traits which employees are genetically predisposed to, such as risk-taking, which can then be used to choose the best suited career development path.

In December 2018, the NHS Genomes Project hit its goal of sequencing 100,000 whole genomes from NHS patients, firmly establishing the UK as a world leader in genetic testing.  Hospitals in England are now connected to one of seven Genomic Laboratory Hubs that can test, analyse and interpret DNA enabling quicker diagnoses for those with a rare disease.

The project is a critical stepping stone towards ‘precision medicine’ and the brave new world of hyper-personalised healthcare where treatments are tailored to individual patients. 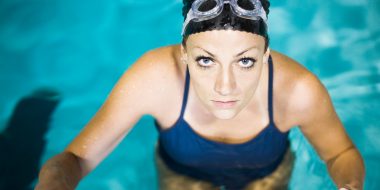 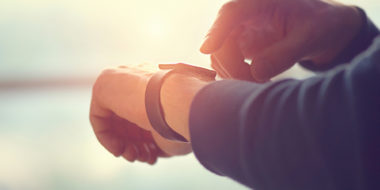 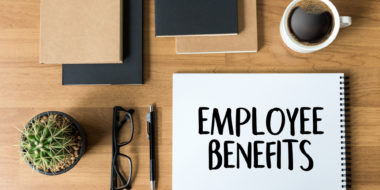