The future of healthcare and how it will impact on employers

The future of healthcare and how it will impact on employers

From robot surgeons and 3D-printed tissue to mixed reality headsets, healthcare in 2050 will look radically different to what we have today, revolving around sustaining well-being rather than responding to illness.

Here, we look at the healthcare trends of the future.

Keyhole surgery transformed the surgical field in the 1990s, signalling the end of significant scarring and protracted recovery time for many patients.

Fast forward a decade or two and robotics has further revolutionised the world of surgery.  With its interactive robotic arms and 3D imaging technology allowing for complex surgery to be performed with precision and minimal invasiveness, it is easy to see why robotic surgery has increased in popularity.

A portable and cost-effective model, Versius, which is designed to reduce physical and mental effort on surgeons’ part, is currently being tested by NHS trusts and could be rolled out to hospitals soon.

But where is robotic surgery heading?

Remote surgical procedures could become commonplace in the near future, with surgeons able to perform operations from anywhere in the world.  Long-distance operations are not a completely new concept, but the advances in internet speeds could help the practice become a more viable option.

If this was to become common practice, issues of geography or ‘postcode lotteries’ would be reduced or eliminated and employees awaiting surgery could benefit from access to the best specialists in the field, no matter where in the world they operate.

Telemedicine, though still in its infancy, is gaining ground, particularly amongst younger demographics attracted by digital familiarity, ease and convenience.

In fact, our research revealed that almost half of young workers said they would rather use telemedicine services than visit their GP practice.

Forty-one per cent of workers aged 18-24 would rather go online and use video links to access GP services, such as medical advice, consultations or prescriptions.

Looking to the future, telemedicine could develop to be more focused on technology-driven remote triage and AI-led consultations.

For example, remote ultrasound or diagnostic devices can be used remotely by a service user and the data sent to a clinician to determine next steps.

From an employers’ perspective, this could help overcome issues relating to workers operating in remote locations, such as oil rigs or mines, and international workers who may have limited access to the necessary healthcare in a host country.

Sedentary lifestyles are a key concern when it comes to future workforces.  Office workers now spend 75 per cent of their waking hours sitting down, according to the British Heart Foundation.  Associated with type 2 diabetes, cardiovascular disease, and obesity, ‘excessive sitting’ has been dubbed the ‘new smoking’ by healthcare professionals.

So, the need for hyper-personalised and preventative healthcare will become even greater in the coming years.

At Willis Towers Watson’s Health & Benefits Disruption Event, Vitality director Greg Levine said technological advances are facilitating a “new wave of the monitored self” – and that encouraging people to be active should be a starting point.

Incentivising healthy behaviours, such as through reward schemes, gives employees the right ‘nudge’ to not only initially participate, but to make significant changes to their activity levels over a prolonged period.  It also helps reach those who have been traditionally hard to engage with, such as inactive people with high BMIs.

“The key to sustainability is having a pragmatic approach, in terms of how you incentivise, reward and drive that very difficult challenge of human behaviour,” said Levine.

And preventative action is not limited to fitness.

Michael Perlmutter, imagination leader at Willis Towers Watson, said that health risk factors associated with non-communicable diseases, such as diabetes and cancer, can be controlled and managed through early intervention.

“Human-centric health looks at the social determinants of health and how behavioural economics can help to unlock very simple actions that people can take to improve their life cycle,” he said.

Genomics, the study of genes, is making it possible to predict, diagnose, and treat diseases more precisely and personally than ever.

Early diagnosis of a disease can significantly increase the chances of successful treatment, and genomics can detect a disease long before symptoms present themselves.

Many diseases, including cancers, are caused by alterations in our genes. Genomics can identify these alterations in genes that have the potential to cause disease, such as certain cancers.  Genetic testing allows individuals to discover the susceptibility of developing a condition, which may allow them to take preemptive action to delay or even stop the disease developing.

The genetic testing space has experienced rapid growth in recent years, with tens of thousands tests currently on the market.  As genetic testing gains traction in mainstream medicine and becomes more consumer-driven, more opportunities will arise for behavioural modifications to be made on an individual basis. 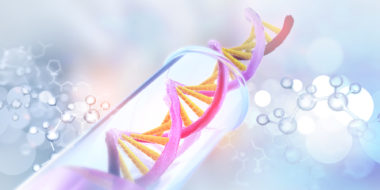 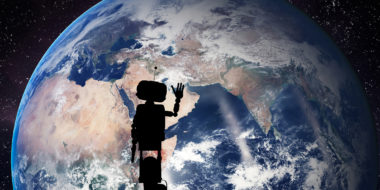